Together we connect over 50 million users at 10,000 institutions across Europe, supporting research in areas such as energy, the environment, space and medicine. 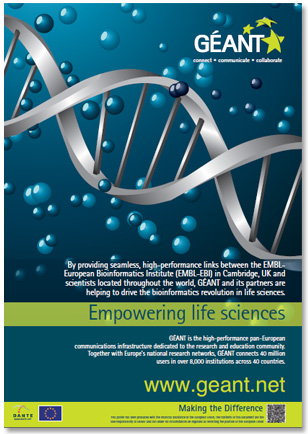 Operating at speeds of up to 5​00Gbps and reaching over 100 national networks worldwide, GÉANT remains the largest and most advanced research and education network in the world.

Co-funded by the European Commission under the EU's 7th Research and Development Framework Programme, GÉANT is a flagship e-Infrastructure key to achieving the European Research Area – a seamless and open European space for online research – and assuring world-leading connectivity between Europe and the rest of the world in support of global research collaborations.